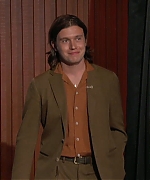 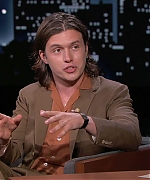 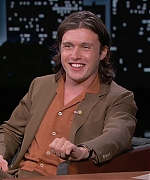 One young mother’s incredible story of survival and resilience as she navigates the world of poverty, abuse and redefining her worth against all odds. Inspired by the New York Times Best-selling memoir by Stephanie Land, and from the Producers of Shameless and Promising Young Woman.

Inspired by the New York Times Best-selling memoir about one woman’s incredible story of hard work, low pay, and a mother’s will to survive. Starring Margaret Qualley, from the Producers of Shameless and Promising Young Woman.

Here is the preview of the final episode of A Teacher, out next Tuesday!

Claire and Eric have seemingly moved on with their lives, but a chance encounter brings new truths to light.

How did A Teacher go from small indie movie to critically-acclaimed TV series? Go behind-the-scenes for an INSIDE LOOK with the cast and creators.

Page 1 of 1
Current Projects
Nick as Eric Walker
A Teacher explores the complexities and consequences of a predatory relationship between Claire Wilson, a young teacher at a suburban Texas high school and her student, Eric Walker.
Nick as Stu Beckell
A female WWII pilot traveling with top secret documents on a B-17 Flying Fortress encounters an evil presence on board the flight.
Nick as Grant
After being released from the foster care system, a young woman finds work in a flower shop, where she changes the lives of others while working to overcome her own troubled past with her foster mother. Based on the NY Times bestseller.
Nick as Ross Ulbricht
Philosophical twenty-something Ross Ulbricht creates Silk Road, a dark net website that sells narcotics, while DEA agent Rick Bowden goes undercover to bring him down.
Nick as Ross Sean
A single mother who turns to housekeeping to barely make ends meet as she battles against poverty, homelessness, and bureaucracy.
Nick as Max
Weetzie is an ethereal pixie living in 1980s Los Angeles, where she grew up the child of an alcoholic starlet mother and a junkie screenwriter father. She teams up with her Mohawked best friend Dirk to find love, leading her to mysterious trenchcoat-wearing filmmaker Max and platinum-haired surfer Duck.
Choice Affiliates